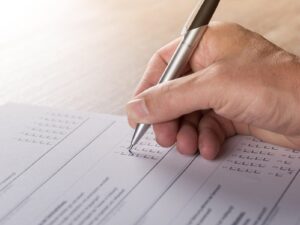 Homeownership rates have risen the past three years, but new evidence points to 2020’s steep income drops sparking a shift away from homebuying. Upcoming years should see declining homeownership rates and increased demand for renting.

These are among the findings of new research on U.S. renting patterns by Middleburg Communities. Middleburg Communities’ Vice President of Research Patrick Lynch analyzed past and present housing data to determine the impact of 2020’s pandemic-fueled shocks on rates of homeownership, which can have large impacts on rental housing demand. The precipitous income falloff seen in 2020, along with tighter lending and an ongoing negative impact on the net worth of households, should stifle a rebound in homeownership rates, Lynch wrote in his report “Decline in Homeownership Rates Will Boost Rental Demand.”

Specifically, the report projects homeownership rates declining to 62.1 percent. That would be the lowest rate in two decades. A partial recovery to 63.6 percent would come in 2025.

“People often talk about the resilience of multifamily apartments in recessions,” Lynch told Multi-Housing News. “We think this shift from homeownership to rentals is one of the reasons why apartments have been resilient in the past, and why they will be this time, too.

To continue reading this article, click on the following link: https://www.multihousingnews.com/post/homeownership-decline-to-propel-rental-resiliency/