The federal program is expected to fuel the development of small and midscale multifamily assets. 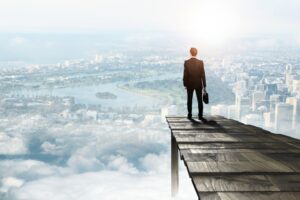 The Tax Cuts and Jobs Act of 2017 created a federal program that encourages private investment in low-income, high-unemployment urban and rural communities, designated as “Opportunity Zones.” The aim of the program is to stimulate economic development in economically underserved areas by encouraging investment capital reallocation there.

The impact of the OZ program is generally expected to be quite significant, particularly in light of steps the federal government has been taking over the last year to address concerns with the original legislation. Opportunity zones are said to cover almost 12% of the total amount of land in the U.S. and estimates of the amount of capital the program could attract hover around $100 billion. The program’s revenue transfer from the U.S. to investors is expected to be upwards of $12 billion.

The industry is being swamped with predictions that the program will unleash a torrent of real estate equity investment dollars from previously underexploited, non-institutional sources (such as high-net-worth individuals, family offices and endowments). And nearly every day, developers with strong track records in underserved communities are announcing co-ventures with investment managers to form new Opportunity Zone Funds.

Of particular interest to those of us who focus on the debt side of the real estate markets are the features of the OZ legislation that seem likely to open up substantial opportunities for lenders already making construction loans and heavy value-add bridge loans on smaller and middle-market assets in the zones. In short, the new ecosystem being created by the OZ legislation is likely to change the dynamic for at least some of the many debt funds now fighting for market share in a crowded field.

The capital gains rolled into the program can be from non-real estate investments (such as hedge fund, private equity and corporate capital markets investments), and this opportunity for non-real estate players to move some of their enormous trove of unrealized capital gains into real estate in a tax-advantaged way is often cited as the most significant innovation of the program. Investment in opportunity zones is mandated to happen via so-called “Opportunity Funds”; as a general matter, 90% of the opportunity fund’s assets must be located within the opportunity zone, and cash does not qualify. In most cases, the opportunity zone property must be “substantially improved” during the ownership period, meaning the investor’s original basis in the building (not the land) must be doubled.

While these conditions are fairly daunting, and certainly narrow the plausible paths to taking advantage of the tax break, the administration has been accommodative in its regulatory rulemaking under the statute so far and is generally expected to remain so. With the government reopened, at least temporarily, the next steps for this legislation are the first round of rulemaking commentary and issuance of a second round of guidance.

OZ Program’s Impact on Real Estate Debt
What are the main takeaways regarding the OZ statute’s likely impact on real estate finance activity?

· First, the “substantial improvement” requirement mentioned above (which will apply in many but not all situations) will make construction and major renovation/repositioning projects suitable for opportunity zone investments. As such, capital reserve and other rules may be a concern for regulated lenders in this arena, potentially giving unregulated lenders such as debt funds a leg up.

· Second, the long-term hold requirement of five, seven or 10 years is likely to attract multifamily investors specifically, who tend to favor these longer-term investments. Affordable housing is likely to form a substantial portion of the multifamily development, and sponsors with existing expertise in maximizing available state and local tax credits (and a measure of tech savvy, to address capital deployment timing requirements) will do best in attracting investment dollars.

· Third, some of the timing requirements of the program seem likely to limit its applicability to support larger, slower-moving development projects. Small and middle-market projects that can be rehabilitated or built fairly quickly on a one-off basis are safest, although as in other areas, guidance is evolving in the direction of liberalization.

Cities like New York, which has had 306 census tracks within it designated as opportunity zones, stand to benefit greatly from the program. As the most celebrated (or reviled) example, much of Amazon’s Long Island City now-abandoned H2Q location (comprising six development sites along the East River on which four million square feet of new buildings are planned), and the surrounding area, are located within an opportunity zone. It’s no coincidence that this location was chosen by Amazon, which contemporary reports said stood to reap nearly a quarter-billion in additional tax benefits as a result.

Local developers able to capitalize on the OZ program will be better able to combat the current high construction cost environment to efficiently build housing for current residents and the next tech giant’s employees. The South Bronx is another part of NYC being mentioned by some lenders as fertile ground for lending opportunities sweetened by the OZ program.

In sum, the OZ program would seem to portend a major new expansion for a particular niche in commercial real estate – development and redevelopment of small- and midscale multifamily assets (and a few other asset classes as well). This should in turn create a major new source of demand for construction and “heavy lift” bridge loans, which make substantial proceeds available for capital expenditures to carry out value-add plans which renovate or rebuild existing underutilized CRE assets. As such, the OZ program would seem tailor made to keep the lights on at some of the bridge lending shops currently crowding the field. Those who may do best will already be making loans in the designated communities and have good pre-existing working relationships with capable and reputable sponsors in the space. Responsiveness to sponsorship’s capital deployment timing concerns will also be important. At the back end, lenders who are able to help sponsors structure pre-packaged take-out debt once the work is done will do well. It’s still early, but some lenders are already hard at work setting up new verticals to address the opportunity.