Montana Boomtown Jumps to No. 1 on WSJ/Realtor.com Housing Market Index 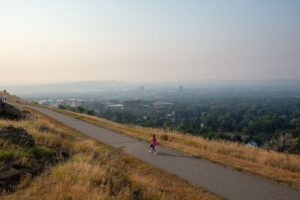 Billings, Mont., is the new No. 1 on The Wall Street Journal/Realtor.com Emerging Housing Markets Index, boosted by its affordability and appeal to remote workers.

The index reflects how the housing boom has ignited homebuying activity in smaller to midsize cities around the U.S. The top 20 cities in the ranking have an average population size of just over 300,000.

In the latest index rankings published on Tuesday, smaller cities dominate. The No. 2 metro area is Coeur d’Alene, the lakeside Idaho city that held the top position when the index premiered in April. Fort Wayne, Ind., Rapid City, S.D., and Raleigh, N.C., round out the top 5.

The index identifies the top metro areas for home buyers seeking an appreciating housing market and appealing lifestyle amenities. This quarter’s version added the new criteria of real-estate taxes, which caused some areas in the Northeast, Midwest and Texas with higher property taxes to fall in the rankings.

The strengthening U.S. economy also played a role, rewarding cities where employment and wages grew the most. Rapid City and Raleigh each jumped by about 100 spots from the previous quarter.

Billings, the biggest city in Montana, rose from the fourth spot to the first due to its low unemployment, affordability and booming housing market. With a metro-area population of about 184,000, Billings had a 3% unemployment rate in May, or about half the national rate.